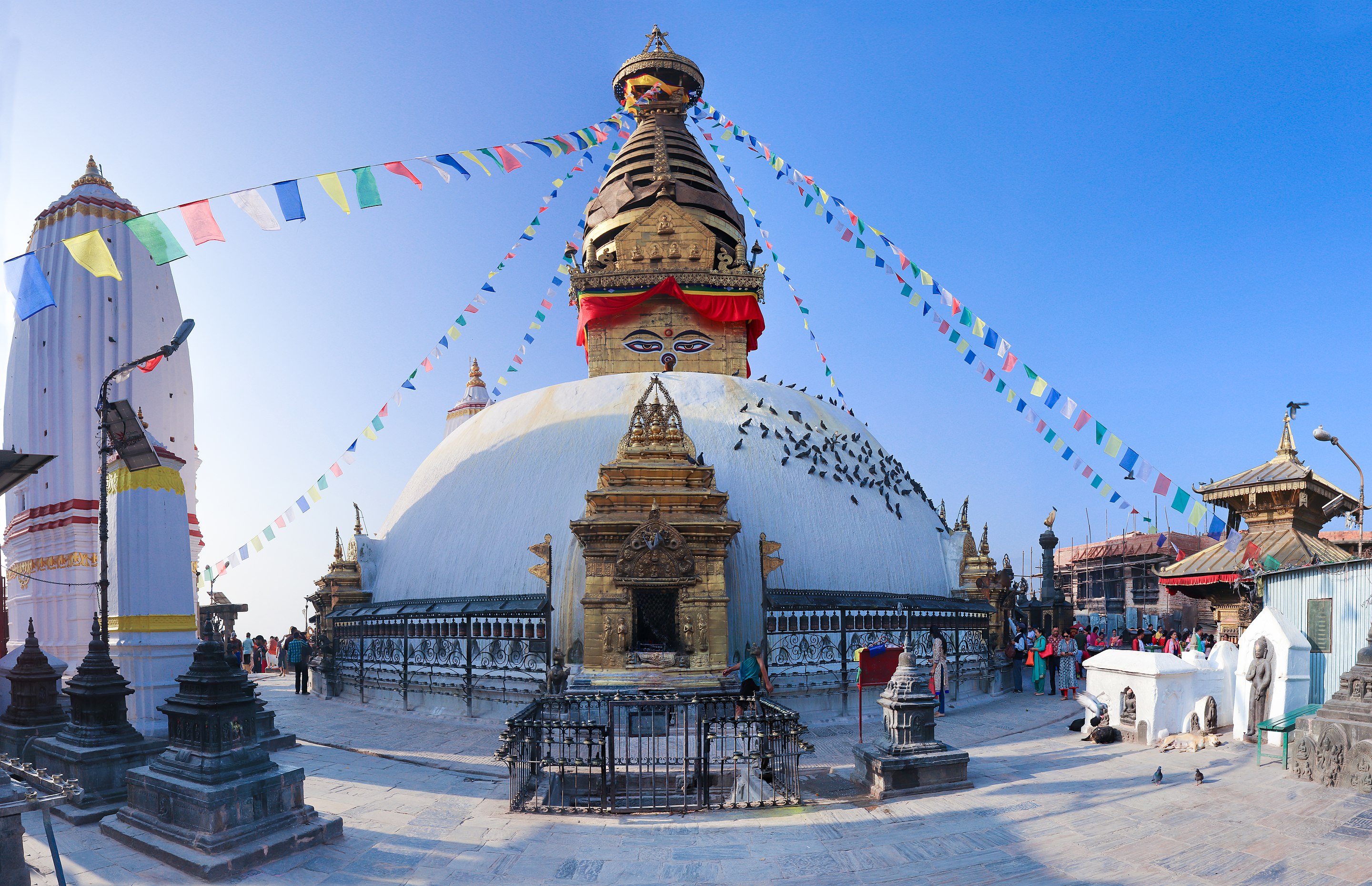 Swayambhunath is among the oldest religious sites in Nepal. According to the Gopālarājavaṃśāvalī, it was founded by the great-grandfather of King Mānadeva (464-505 CE), King Vṛsadeva, about the beginning of the 5th century CE. This seems to be confirmed by a damaged stone inscription found at the site, which indicates that King Vrsadeva ordered work done in 640 CE.

However, Emperor Ashoka is said to have visited the site in the third century BCE and built a temple on the hill which was later destroyed.

Although the site is considered Buddhist, the place is revered by both Buddhists and Hindus. Numerous Hindu monarch followers are known to have paid their homage to the temple, including Pratap Malla, the powerful king of Kathmandu, who is responsible for the construction of the eastern stairway in the 17th century.

The stupa was completely renovated in May 2010, its first major renovation since 1921and its 15th in the nearly 1,500 years since it was built. The dome was re-gilded using 20 kg of gold. The renovation was funded by the Tibetan Nyingma Meditation Center of California, and began in June 2008.

At around 5 a.m. on 14 February 2011, Pratapur Temple in the Swayambhu Monument Zone suffered damage from a lightning strike during a sudden thunderstorm.

The Swayambunath complex suffered damage in the April 2015 Nepal earthquake.